You are here: Home / Analysis / Portrait of the Con Artist as a Stung Man

Portrait of the Con Artist as a Stung Man

Rolling Stone’s recent profile of Elon Musk revealed Mr. Musk’s plans to shape the world. But much more than this it revealed how the world has shaped Mr. Musk. The panegyric to this man of genius without limit is more the portrait of the con artist as a stung man.

Perhaps I reveal my own jealous pettiness. Who would not wish to be Mr. Musk?

He has been an innovator on the internet and raced to the lead in electric cars, solar panels, spacecraft, self-driving technology, tunnels, artificial intelligence and human-computer interfaces. In his fans he has the loyalty of thousands. He commands the respect of millions. His is a fortune in the billions. To Big Oil companies he is Shiva the Destroyer, a Juggernaut made flesh. They do not see him as “Iron Man” but as Darth Vader. 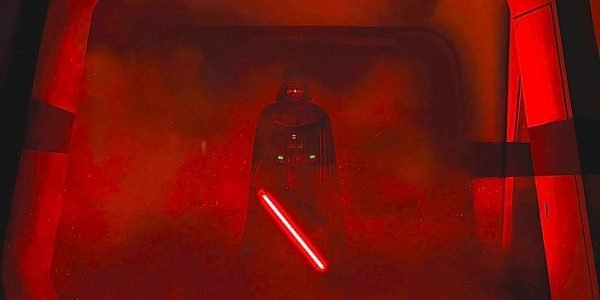 The persona of Mr. Musk

Who has Musk conned?

Once a mere over-promiser, Mr. Musk has become a con artist. Model 3 reservation holders had confidence that their deposits would reserve them a vehicle but instead of holding the deposits in escrow Tesla appears to have spent the money on general operations. His march across this Rubicon continues. Roadster Founder customers have been invited to pay full price for a vehicle less likely to arrive shortly after the 2020 Tokyo Olympics than shortly before the 2024 Paris Olympics. Tesla again does not appear to have guaranteed that the $250,000 deposits, being five times the median household income in the USA, will be set aside. Many reports have called this a stealth cash raise. If they were in error, Mr. Musk would have directed vigorous invective at them by now.

Facts take on new meaning when we perceive their underlying pattern. Consider the Christian Gospel of St. Matthew, which to the casual reader or follower is a jumble of stories. It is written in a chiastic structure. Briefly and from memory:

Recognizing this pattern gives readers of this Christian Gospel a more poignant understanding of the work. Here is the top google link for “matthew chiastic structure”.

Pattern recognition is also important in the field of sciences. Many centuries ago Copernicus realized that the pattern of movement of the planets in the skies suggested that they and the earth all moved around the sun. In recent decades, it has been shown that simple mathematical patterns called cellular automata produce the beautiful and complex structures of nature.

Before we proceed further let me share slivers of my story. My childhood was one of emotional estrangement from my mother and father. As an adult, I came to realize this was no fault of theirs. They suffered themselves as children, and were unable to tend to my frailties. But as a child, an adolescent, a young adult, I did not know this.

I did know that I was possessed by a drive to achieve some sort of greatness, some capital-A Achievement. This was a drive my classmates did not seem to share. When in anger’s throes I would imagine being famous and powerful and spurning my mother and father, telling interviewers that they had not raised me, but that I had raised myself. I would say that true guide had been books, visionary books such as Tolkien’s The Lord of the Rings and Asimov’s Foundation series. I told friends my father had done unspeakable things, only later learning that compared to others’ fathers and others’ families, mine was decidedly benign.

After my schooling finished, I began to work. While modest by every measure, I accumulated achievements. But these proved unsatisfying and insufficient to calm me, as did the greater achievements that followed. One agitated day I was struck and shocked by the realization that no achievement would sate the compulsion driving me. Self-acceptance and satisfaction would have to come from overcoming my “drive-for-achievement”. With trepidation and tenacity I eventually did.

My experience cannot have been unique. It is probably common. It even lightly parallels the recounted biography of the Buddha before his enlightenment, as Siddhartha Gautama is said to have been a prince who could not find consolation in riches or women. When introduced to European philosophy I learned of Nietzsche’s Three Metamorphoses which described through metaphor that for a person to mature psychologically from camel to lion, they must slay a dragon named “Thou Shalt”.

In genius or madness Nietzsche had described the foundational struggle of my life. And Elon Musk’s.

Reading the Rolling Stone magazine, I felt the dragon of my younger years haunting Mr. Musk. I felt its darkness soak into the pads of my fingertips and trickle in rivulets down the backs of my hands, the invisible blood of invisible wounds.

Like me Mr. Musk grew up estranged from his parents and immersed himself in books. Like my former self he dedicates fanatic energy to a Great cause, crooning mournfully in the absence of companionship. Unlike me he was bullied, terribly so. He truly does seem to have had a terrible father.

But these have not been enough to keep him safe from the withering criticism inside. It is the one bully he can never punch back at, because it is without form. And so he erupts instead at those in his way of his Great cause. Oil companies, governments, competitors, short-sellers. More recently unions, women, people of color, tritiya-prakriti, reporters. He has himself become a bully.

Who has Musk conned?

Himself most of all.

I am incontrovertibly sure that my condition then, is Mr. Musk’s condition now. I was supremely confident that I could win self-acceptance with achievement. I am certain he shares that misguided confidence. I hope his growing cognitive dissonance awakens him.

I hope that day comes sooner and not later. Wrestling seething self-rejection dragged me to a lightless, melancholic ebb. Why wasn’t my growing success enough? How deep the depths to which “Thou Shalt” must drag Mr. Musk, whose worldly achievements far outweigh mine. How despairing must it be for him to find that being a billionaire industrial magnate cultural icon with powerful friends who dates attractive actresses is still not enough?

So long as he continues to con himself, Mr. Musk will believe that some still-greater Achievement will finally silence the inner bully whose criticism stings him still.

So I posit that Mr. Musk’s recent forays into self-driving vehicles, tunnels, artificial intelligence and human-machine interfaces are increasingly desperate and unfocused attempts to find that cathartic Achievement. They may also serve as insurance to reduce the likelihood that he wakes one day to find himself upstaged by a younger rival.

Musk is very much a self-driven man. But he is not driven positively. He has been driven by a negative self-immolating loathing. It is something for which he is not responsible, but with which he has been burdened. It is a testament to his fortitude that he has run this far. His worldly rise has been an indelible triumph that will likely be forever etched in the story of our era. But for him to live and breathe at peace and ease, he must stop running. He must turn and face and slay “Thou Shalt”, and permit himself his own self-acceptance.

Beneath the armor of his accomplishments, Mr. Musk is a weakened, fragile man, scarred by unforgiving, self-inflicted wounds. For four decades he has committed himself to a goal he thought would free him from his super-ego’s savage sting. But it has not, and it cannot. The confident industry-disrupting universe-denting genius persona is no less a mask than was that of Darth Vader. The true Elon Musk is the Anakin Skywalker trapped within. 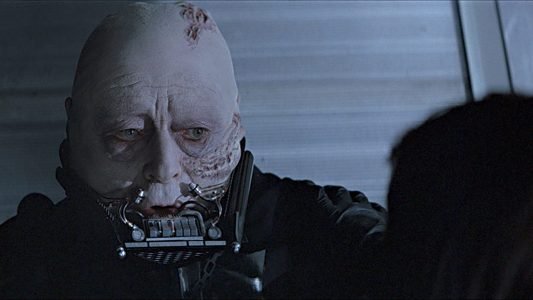 The true face of Mr. Musk

I write this not in anger or mockery, but in empathy, in pity, even. That Mr. Musk’s pain and agony suffuses through a triumphally-intended Rolling Stone feature shows the grip their misery holds over him. The baubles of the world are worthless before an unforgiving mind.

Who wouldn’t wish to be him? That is not the proper question.

The proper question is, who would?

Filed Under: Analysis, Green Tagged With: Musk, Tesdla First published on November 22, 2017 5:40 pm
As a tiny token of support for Ukraine, we have blocked all traffic from Russia and Belarus. If you run a website, please do same.