You are here: Home / Analysis / What If The Koch Brothers Were Running Tesla (Into The Ground)?

What If The Koch Brothers Were Running Tesla (Into The Ground)?

We are proud and pleased to have Matthew Klippenstein as a new DailyKanban writer. Matthew is an extremely rare combination between a hardcore fuel-cell engineer, plug-in electric vehicle early adopter, and an absolutely amazing author.

Imagine if you will a parallel universe: President Bernie Sanders won a landslide victory over Donald Trump in 2016; DC Comics’ Justice League — the most ambitious crossover event since the Bering Strait — has shattered box office records; and the Koch Brothers acquired a controlling interest in Tesla in 2013.

If the fossil fuel potentates were Hell and High Water-bent on destroying Tesla’s corporate prospects — if they tried to systematically sabotage the company’s future — what would the past five years have looked like? 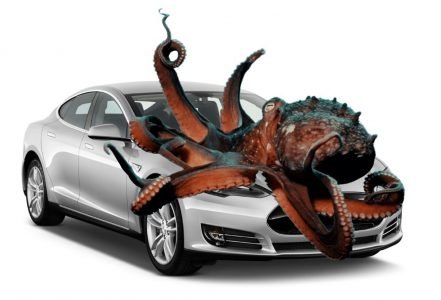 The “Kochtopus” feeds on combustion, so the Kochs might have had Tesla purchase America’s biggest residential solar panel installer to quietly shut it down – dropping installations by half in a year, and by half again in the next. They’re clever, so before they shivved SolarCity they might announce they were pivoting to a super-duper next-generation solar panel, which they’d commercialize at an indeterminate date they’d keep pushing into the future, in the spirit of “Tesla TBD”.

As for Tesla itself, the Kochs would do their damnedest to damage the brand. The Model S famously broke Consumer Reports’ rating system, first earning a tied-for-best-ever 99/100, with the D variant later defying first principles with a score of 103/100.

So it would be important for the Kochs to follow the Model S with a car that was late, with quality problems. Tardiness and bad quality aren’t enough to sink a luxury brand, so the Kochs would also design the Model X SUV to lack utility and earn terrible reviews, including a cave-spelunking 53/100 from Consumer Reports. This would make it difficult for the Model X to outsell the Model S sedan, despite being in the blue-hot SUV / light-truck sector. 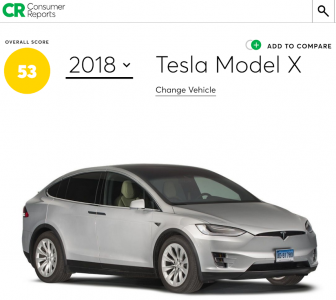 For the make-or-break Model 3, the Kochs would spend an obscene amount of money on robots, then skip all manner of centuries-old automotive engineering practice and validation testing. This would be a devastatingly effective way of depleting the company’s cash balance through capital expenditures and repairs. To add insult to irritation, they might delay repaying cancelers’ deposits; anything to aggravate early adopters.

If the Kochs had their way, their fiscal recklessness would prompt a downgrade of Tesla’s credit rating, making it difficult-to-impossible for the company to issue debt. And since car companies keep oceans of liquidity on hand, the Kochs would petulantly insult the rest of the industry, to minimize the risk of cooperative goodwill. Toyota would be singled out for special scorn, as their cash and short term investments of $50 billion could bail Tesla out several times over. For good measure, the Kochs would insult Daimler’s Ph.D. in engineering CEO to keep their $33 billion in cash out of reach.

Money-losing companies which can’t issue debt can always access the capital markets – until they can’t. So perhaps the Kochs would maneuver Tesla into the crosshairs of one or more alleged SEC investigations so the company couldn’t issue stock, either. Maybe they’d pick fights with other regulators, incurring four simultaneous investigations from an irate National Transportation Safety Board and three from the National Highway Transportation Safety Administration, alongside actions from the National Labor Relations Board, and maybe CalOSHA for good measure. They wouldn’t rest until Tesla’s hallowed brand halo suffered a net negative BrandIndex “Buzz score”.

Not wanting tar their own business reputations, the Kochs would want a proxy to help implode the firm. When journalists came knocking, the Chosen One could issue responses vitriolic and bombastic enough that reporters, sensing weakness, redoubled their efforts. The ideal patsy would daily fail the marshmallow test, preferring the soft pleasures of Twitter and celebrity revelry to the hard work of building a profitable company.

To create the narrative that Tesla is this bull market’s Enron, the Kochs could cloud their CEO’s judgment enough to engineer a string of “Skilling moments” on a key quarterly call — but only after engineering an executive exodus big enough to make Moses jealous. (This five-day-old Reuters article is already out of date, as Electrek has reported that two of Tesla’s top employees in Canada have left.)

But the most important thing — the keystone to their strategy — would be to make Tesla the butt of jokes. Companies survive criticism and outrage all the time; being ridiculed is far more damaging. That’s the power of mockery. So the coup de grace of the Kochs’ seven-dimensional chess would be to turn Tesla into a punchline.

No, Elon Musk isn’t in the Koch Brothers’ employ, but they’d’ve had a hard time picking a puppet who could’ve weakened Tesla as much as Musk has done in the five years since the Model S’s imperial phase.

More importantly, if this is success, what would failure look like? 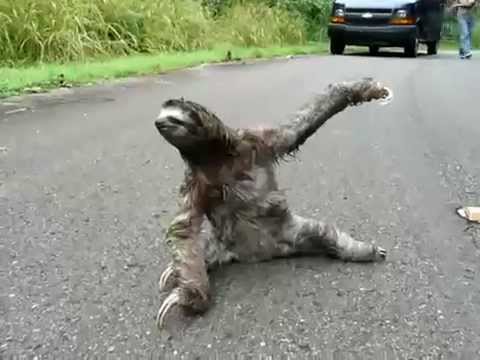 Dafter Than A Drunken Sloth

Let there be no doubt that Musk’s performance as Tesla’s CEO through 2013 merits his fanboys’ effusive praise. That man deserved a multi-billion payday. Even as catastrophic corporate culture and practices were metastasizing (“cut twice, measure once”, “ship it then fix it”) young, hungry Musk deserves recognition for the Tesla team having successfully commercialized the Model S, to phenomenal acclaim.

Older, bloated Musk’s performance as CEO since 2013, though, has been abysmal. The more-affordable Model 3 will soon have been beaten to market by the long-range mass-market Chevy Bolt, Nissan Leaf 2.0, Hyundai Kona and Kia Niro. And crucially, Tesla’s quality remains atrocious. Sandy Munro of Munro & Associates summarized the findings of his tear-down of a Model 3 on Autoline After Hours recently, and while he praised some of Tesla’s engineering work, he was withering in his criticism of Tesla’s build quality. If Tesla had a strong and independent board, Musk would have been pushed out years ago.

To use Elon’s own words, a drunken sloth would have made a better CEO in the past five years. (I would’t ordinarily refer to someone as a Pilsnered Pilosa, but since Musk referred to others as drunken sloths, that must mean he’s okay with others referring to him in like manner. Only a narcissist would insist on otherwise.)

Retreating from the rigors of the automotive world to the SpaceX team’s achievements isn’t viable in the long term, either. Musk will soon experience the trauma of brawling with Jeff Bezos — a man who owns his baldness, has more billions, packs a better BMI, and surely plans for Blue Origin to do unto SpaceX as Amazon has done unto brick-and-mortar retail.

Tesla’s fans, supporters and bots will want to rush to Elon’s defence. That’s understandable, particularly for the bots. But it’s perfectly counter-productive. That reaction flatters Musk with the feedback that his performance has been satisfactory, when the past five years have proven him indisputably incompetent.

What have his recent achievements been? The Cadillac-lagging driver monitoring system in AutoPilot; meagrely-profitable solar and storage, far behind his promised projections; build quality and service center waiting times befitting the former Soviet Union. Do these  characteristics fit the business of a diligent man, or a lackadaisical dilettante? Tesla needs sound leadership to turn its fortunes around; “soundbite” leadership isn’t enough.

Those who’d put Musk on a pedestal would do well to look on Tesla’s works – where is the greatness? Set aside the Model S, and nothing beside remains. The recent record of his cold command has been a colossal wreck, shattered and half sunk, surrounded by trunkless legs littering the level sands; the broken decay of boundless promises glibly forgotten.

Tesla’s fans should have spanked Elon with criticism when the Model X came out and demanded he produce a vehicle worthy of their trust and faith. If they’d done so, he would’ve learned his lesson and shaped up. But his fans — my peers, my community, my former self! — were too lenient, too forgiving. Duped by Musk’s excuses for half-measures, expedients and delays, we offered laissez-faire indulgence instead of Language Intelligence. And we have entered a period of consequences.

There’s truth to the idea (possibly Nietzsche’s) that we should love our enemies because their criticism goads us to improve. People who reassure you that everything’s okay when you’re self-destructing your business … in the end, they aren’t your friends. They’re fans; or worse, sycophants; or worse, enablers. It’s too late for genteel reassurances; Tesla needs an intervention, and Elon needs tough love.

Years ago, Elon deserved his supporters’ cheers; no longer. His once-vaunted “EgoPilot” is steering Tesla into a new chapter as trophy brand for an emerging-market automaker to add to their bought-out-of-bankruptcy collection. Tesla’s collapse would further swing the pendulum of public perception from support to cynicism, leaving electric car advocates to wrestle with the fallout while Musk, mess made, blithely pivots to spaceships and tunnels. It is both travesty and tragedy; but then, what else could be expected from a Chair and CEO whose past half-decade has mapped out the parallel-universe Koch Brothers’ master plan?

Matthew Klippenstein (@ElectronComm) chronicles the Canadian electric car market at GreenCarReports and maintains an open-access spreadsheet of the country’s EV sales. He does not conduct business with, or own shares, long or short, in any of the companies listed above. He plans to purchase one (1) share of Tesla to vote in favor of CtW Investment Group’s efforts to improve Tesla’s Board governance. Opinions expressed above are his own alone, and do not reflect any organizations to which he might be employed or otherwise affiliated.

Filed Under: Analysis, EV, Green Tagged With: Koch, Tesla First published on May 21, 2018 1:14 pm
As a tiny token of support for Ukraine, we have blocked all traffic from Russia and Belarus. If you run a website, please do same.